Plastic ban, A good impact on environment, but will it lead to inflation? Plastics have long been utilized in product packaging, disposable flatware, and other little and large goods. However, the reality that the easier things get, the more they destroy the environment cannot be overlooked. As a result, the Union Ministry of Environment, Forests, and Climate Change have decided to ban single-use plastic beginning July 1, 2022.

As the name indicates, single-use plastic is plastic that is only used once. It contains used plastic bags, straws, coffee stirrers, and so on. It is the most often used form of plastic for packaging various FMCG items. Furthermore, several research has shown that it has negative consequences on the environment.

Over the last decade, successive Indian administrations have worked to reduce the use of single-use plastics through a variety of regulatory initiatives. Multiple solutions have been created to combat the massive plastic issue, ranging from bans to waste-to-energy facilities, but have had little to no influence on the ground.

This is due to the fact that plastic is not a trash problem, but rather a consumption one.

In 2019-20, India generated around 3.4 million tonnes of plastic, according to the Central Pollution Control Board. However, the true statistics might be far higher. According to the Plastindia Foundation, a large body of groups, organisations, and institutions involved with plastics, India consumed 16.5 million tonnes of plastic in 2017-18 alone, revealing a significant disparity between consumption and waste.

FMCG firms, which create our packaged chips, snacks, biscuits, soft drinks, packaged dairy, packaged water, cosmetics, over-the-counter pharmaceuticals, toothpaste, toiletries, cleaning products, and so on, have been repeatedly proven to be the largest contributors of plastic trash in audits. According to one trash audit, approximately 30% of this plastic garbage is multi-layered and hence cannot be profitably recycled. 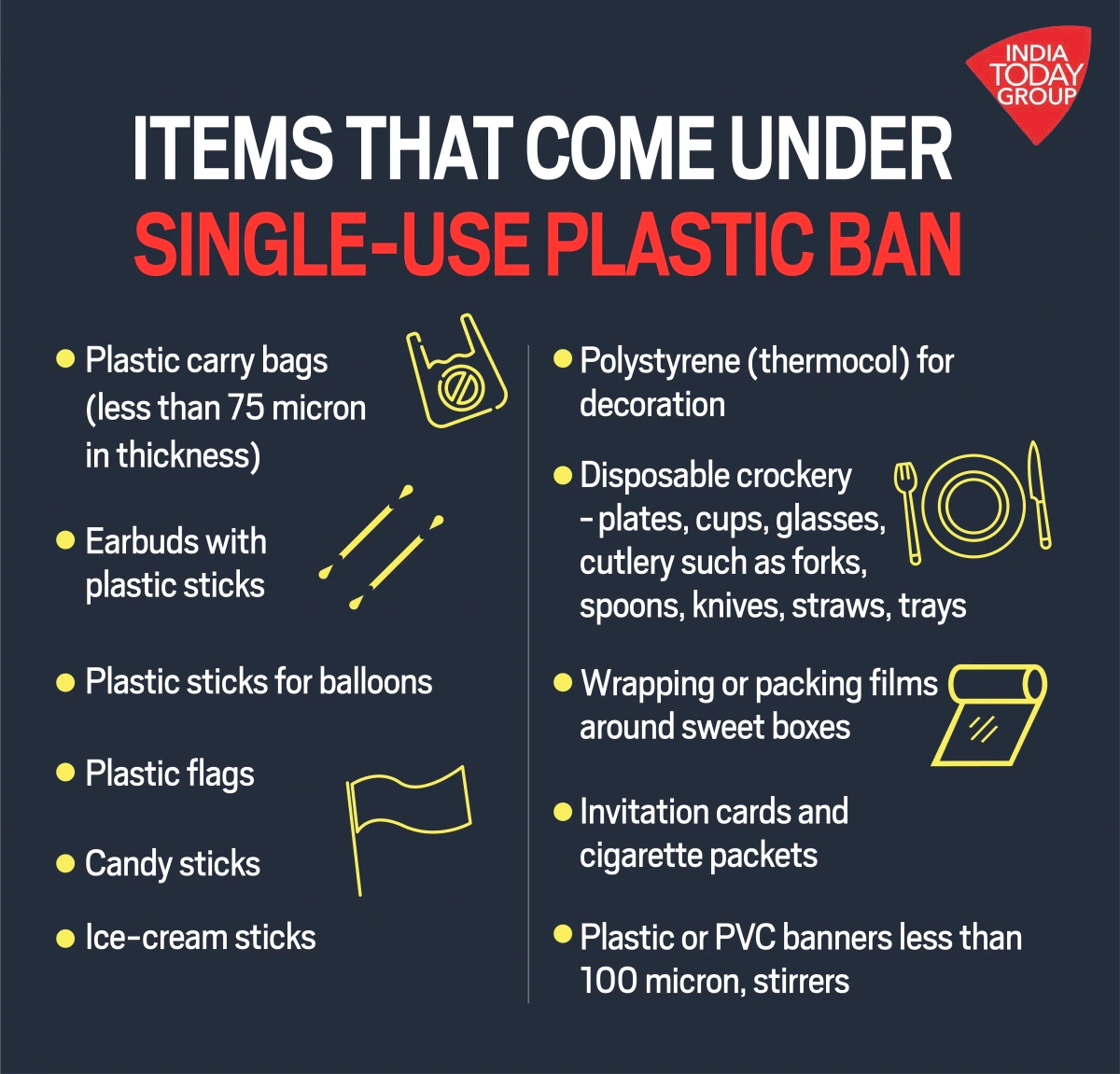 On August 12, 2021, the Ministry of Environment, Forest, and Climate Change notified the Plastic Waste Management Amendment Rules, 2021, which forbids the use of single-use plastic goods with poor usefulness and high littering potential beginning July 1, 2022. In relation to this announcement, the new restrictions have taken effect, and the government is quite severe about it. Failure to follow the government's new standards would result in penalties under the Environment Protection Act of 1986, which states that violators may face up to five years in prison or a fine of INR 1 lakh, or both.

To comply with the plastic ban, the government has asked everyone to choose eco-friendly alternatives while grocery shopping or utilising common items. More khadi/jute/cloth bags should be purchased for shopping. If you can't live without straws, go for steel/paper/bamboo straws, which are widely accessible these days. There are several eco-friendly alternatives to plastic cutlery, such as bamboo cutlery and leaf cutlery. Cones or bricks appear viable alternatives to ice cream sticks. Instead of water bottles, steel or copper flasks keep the water cold.

Plastic straws used in low-value packets of juices/beverages might witness a price hike from Rs 0.25-0.30 to Rs1-1.25 per unit when they move to imported paper straws, according to the report. Cigarette manufacturers, on the other hand, have already switched to biodegradable plastic wrappers and may not see an incremental impact. Plastic straws have been substituted with paper straws and other alternative sustainable solutions by prominent corporations such as Parle Agro, Dabur, Amul, and Mother Dairy. 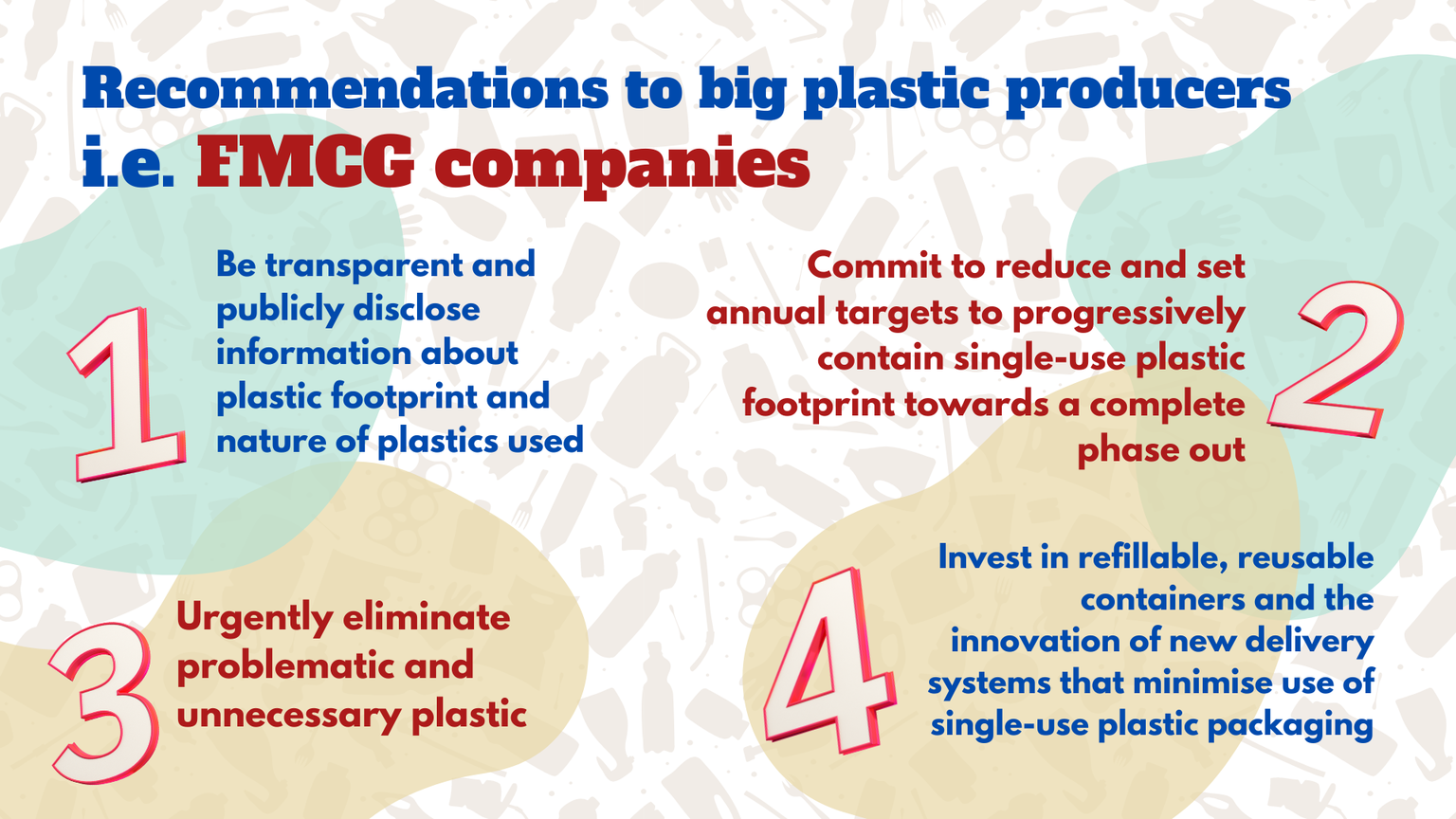